Who Owns the Water-Muslala - Jerusalem-2022 Mountain to the Sea - Muslala- Jerusalem-2022

Propelled by the constant negotiation between human beings and their ecosystem, Galhotra’s practice utilizes intensive research and intuitive imagination to investigate the social, economic, and political implications of human activity on the environment. She draws from varied disciplines, including the fine arts, ecology, economics, science, spirituality, and political activism to inform a poetic visual response to the environmental changes and restructuring of culture, society, and geography occurring in today’s world. Vibha Galhotra (b. 1978, Kaithal, (Haryana) India; lives and works in Delhi, India) is conceptual artist whose multimedia oeuvre including sculptures, installations, photographs, videos, site-specific work, and public art interventions addresses the shifting topography of a world radically transformed by climate change, consumerism, capitalism, and globalization. Propelled by the constant negotiation between human beings and their ecosystem, Galhotra’s practice utilizes intensive research and intuitive imagination to investigate the social, economic, and political implications of human activity on the environment. She draws from varied disciplines, including the fine arts, ecology, economics, science, spirituality, and political activism to inform a poetic visual response to the environmental changes and restructuring of culture, society, and geography occurring in today’s world.

A fundamental tenet in Galhotra’s work is Yat pinde tat Brahmande (“Whatever is in the microcosm is also in the macrocosm”). In other words, the five fundamental elements traditionally believed to constitute all matter exist in every human being, and therefore the destruction of nature will inevitably imply the extinction of all life. This concern extends througout Galhotra’s entire practice. Using found urban detritus that the artist collects from her hometown of Delhi, Galhotra creates multi-sensory works that blur the boundaries between belief and reality, public and private, and science and spirituality. Her visual vocabulary aims to critically examine humanity’s socially constructed systems through the negotiation of materiality, process, and symbolism. Each series begins by questioning the existing condition of the world and materializes in objects that often engage traditional practices and labor-intensive manual craftsmanship. Galhotra’s work often features her signature use of ghungroo, a small metallic bell used to create musical anklets specific to India. The artist clusters and tightly sews thousands of ghungroo to render sculptural abstract landscapes with unique texture and volume. Inspired by seeds worn by ancient people for ornamental reasons, Galhotra uses the bells from these anklets to create compositions that mimic the sprawl of both the natural and man-made world. Her ghungroo works undergo a metaphysical transformation through the artist’s application of color, which mimics the mapping structures of termites, algae growing over natural surfaces, or expansive urban debris covering landscapes previously dominated by nature.

Tradition-based beliefs about the environment motivate Galhotra to critically engage in questions about how the age of Anthropocene―the current geological age during which human activity has been the dominant influence on climate and the environment―will inflict more damage on the lives of the poor, marginalized, and disenfranchised. Galhotra’s research ranges from critique to empirical experimentation, and her methodologies zigzag social practice, relational aesthetics, environmental activism, and systems theory. In its entirety, her work explores, dissects, re-examines, and re-envisions spaces of coexistence in both the so-called built and unexplored worlds. Her Neo Camouflage (2008) is a 53-foot mural comprised of a dense accumulation of images of various overcrowded, overbuilt urban neighborhoods in New Delhi. Seven militaristic mannequins dressed in uniforms made from a fabric whose pattern mimics the urban character of the mural stand like police sentries in front of the backdrop, their clothing functioning as camouflage against the modern environment. Using visual satire to draw attention to urban destruction, the installation evokes an ironic scene where camouflage of the natural world is replaced by that of a city irreparably transformed by endless development. Similarly, in a recent photographic series, Final Feast (2019), Galhotra creates a satirical version of Leonardo da Vinci’s The Last Supper, revealing a world plagued by social, political, economic, and ecological chaos. Through her careful theatrical staging of the characters in dystopian settings, Galhotra depicts a moment marked by late capitalism and neo-liberal values, where insatiable human greed is palpable and the power to make important decisions for the planet still rests with a few elite policy-makers from supposed developed nations. The photo series thereby offers a voice of dissent against a “New World Order” that threatens to become totalitarian.

At its core, Galhotra’s practice is deeply committed to engaging with the question of what one can do as an artist. Her profound questioning of society’s structures extends to her dissection of what current educational systems produce as they prioritize teaching skills that meet consumerist demand over a humanist worldview that integrates critical thinking as one of the most powerful tools a young mind can absorb. Galhotra continues to nurture a child-like curiosity towards understanding and questioning the changing world around her, as well as society in general. Her work both embodies the anxieties that will haunt present and future generations, and simultaneously evokes the poetry that is found in the natural world as her primary source of inspiration. 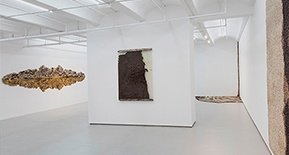 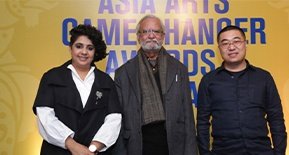 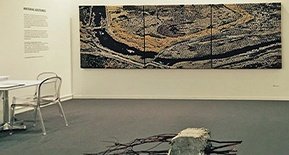 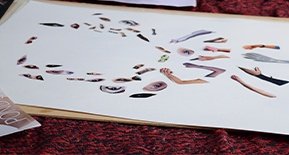 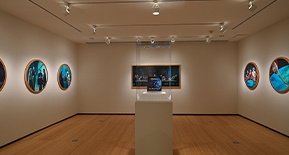 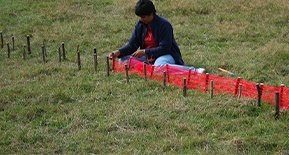 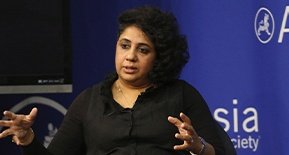 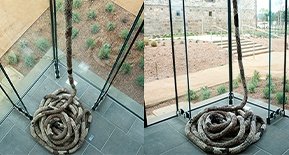